Some parts of becoming a private investigator are weirder and more confusing than others. I suspect that some of the experiences listed below have something to do with being a young, female, alternative-looking person, although considering that I have no other point of reference, I might be wrong about that.

I became a private investigator three years ago, and six things have stood out repeatedly over the years, so I thought I’d share them.

This one surprised and confused me, although I’m now used to it. Sometimes you’ll introduce yourself to someone, they’ll ask what you do, and you’ll say “I’m a private investigator.” They’ll then assume you’re lying. “What do you really do?” they’ll ask, and when you insist that you really are an investigator, they’ll give you a sort of patronising OK I’ll go along with it smile.

I suspect this has something to do with my age and appearance. Quite what people expect a private investigator to look like I’m not sure, but it’s probably not a tattooed twentysomething with a penchant for hoop earrings and long floaty skirts.

Still, it’s not something I’ve experienced in any other industry I’ve been in.

Possibly related to the above point, some people who do believe you will find your new job inexplicably hilarious.

These people fall into two categories:

The starstruck giggler will laugh hysterically whilst battering you with wave after wave of increasingly ridiculous questions about your job. They will almost certainly profess how cool they find you, just by merit of how you happen to make rent. They will have a seemingly inexhaustible series of questions about what you wear on the job, how many surveillance stints you’ve done, and whether you’re just like James Bond.

The incredulous friend won’t mean to laugh at you, and you probably won’t mind them doing it, because you know it’s just that they can’t believe you actually managed to pull it off. They’ll probably have known you for a long time, and will have seen you graduate from an addiction to crime novels to an obsession with various criminal investigation TV shows, and the fact that you’re finally living your dream will amuse them no end. They’ll mean well, though. They’ll just be a bit stunned.

People will compare you to their favourite fictional investigator 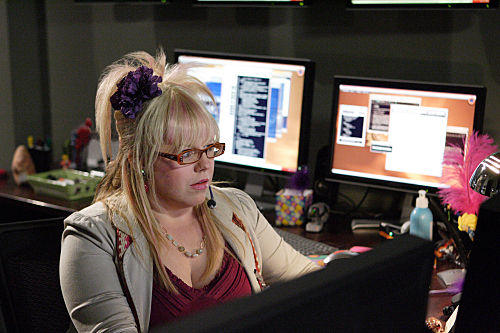 You probably won’t mind this one. A lot of my own inspiration did come from fictional characters – people like Kinsey Millhone, the heroine of Sue Grafton’s Alphabet series – and it’s normal for people to want a point of comparison.

The only time this gets annoying is when the CSI effect comes into play. People see a 45-minute episode of their favourite show, in which the team miraculously solves a case very quickly, and the resident computer whizz presses a few buttons and uncovers the Evil Virus, which is then dealt with through another few button presses. They then assume your life is like this.

But on the whole, it’s quite a fun one. The people I’m most often compared to include Lisbeth Salander and Penelope Garcia from Criminal Minds. Both of these make me happy.

People will remind you how dangerous your job is

“Isn’t that dangerous though?” “It’s so risky!” “Wow, your job is so dangerous!”

Yeah, there’s a level of risk involved with being an investigator. Especially if you specialise in something like organised crime or child protection. And even the more pedestrian investigations can get quite nasty: cyberbullying, spousal disputes, ex-landlords hunting down non-paying tenants.

But every job comes with its level of risk, and part of the training you’ll have gone through to get to this point will have equipped you as much as possible to deal with it.

Being repeatedly reminded of your relative likelihood to die isn’t something that’ll endear people to you.

My favourite one happened when I met up with a friend I hadn’t seen in years. I’d been working on a big investigation, and I’d found something out, but I couldn’t work out why it was the case. I’d been thinking about it for weeks: how had the perpetrator managed to do this specific thing? It didn’t seem to make sense. My study was awash with papers scattered everywhere, my kitchen surfaces were doubling up as extra desks, and I was feeling like this case might be driving me a little crazy.

So retreating to a pub garden and catching up with an old friend seemed like a great idea. A way to switch off from investigating and just enjoy the rare English sunshine.

Halfway down a pint of lemonade, it was like something clicked into place in my brain. Somethng my friend said – just a brief passing comment that seemed completely innocuous – shifted the gears in my mind, and I knew I’d cracked it. I felt like I could barely get out of there quickly enough, but I stuck around for another hour or so before making my excuses, heading home, and double-checking my realisation. And yes, it was correct. Sometimes you just need a change of scenery.

You won’t suddenly become a badass blue-eyed blonde with muscles you never knew existed. You’ll still be you, just in a different job.

You won’t earn shitloads of money. You won’t have a car filled with exciting gadgets. You might do a bit of surveillance, but it won’t be thrillingly exciting. It’ll be hour upon hour of sitting in the freezing cold, trying to convince yourself you don’t need to pee.

Most of your day job will be detailed work that feels a lot like admin. Typing notes, making sure things are stored securely, shredding old case notes, raising invoices, paying for adverts, trying to build a reputation.

Pretty much all your spare money will be spent on training and resources. Google will be your friend. You’ll have sudden breaks in cases sometimes, but more often you’ll feel like you’re driving yourself crazy by wading through the same set of information for the tenth time, trying to find the tiny detail you might have missed that will eventually lead to a break in the case.

But despite all that? You’ll love it, and you will have those moments where you can’t quite believe your life turned out like this.